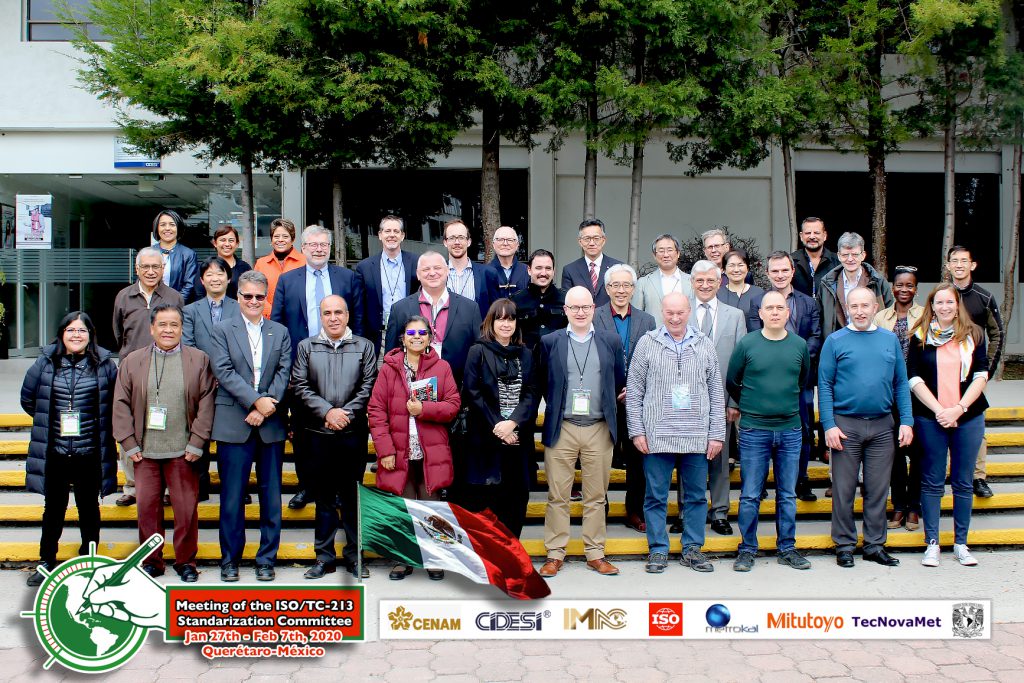 The most recent meetings of ISO/TC213 were in Queretaro, Mexico, where we were hosted by CIDESI, the Centre for Engineering and Industrial Development.  ISO/TC213 are the ISO Technical Committee responsible for standards for mechanical specification and verification.  The first week of our meetings was devoted to Working Groups who deal with metrology, and particularly good progress was made on new standards dealing with Acceptance and Reverification Tests for 3D optical systems, and X-ray Computed Tomography systems; these should both be going for their final votes later this year, with a view to publication as soon as possible.

The second week revolved around Working Groups dealing with specification.  Good progress was made in a number of areas, particularly on the new standard for General Tolerances, ISO 22081, and the new revision of ISO 2692 on the Maximum Material Requirement and Least Material Requirement.  ISO 22081 will now go for its final vote now, and when published, will replace ISO 2768-2.  ISO 2692 will be reviewed one last time before going for a final vote later this year; this is an evolution of the existing standard, clarifying rules and filling one or two gaps, but will also introduce the possibility of direct indication of Virtual Condition size for features.

As always, while good progress was being made in some areas, we were discovering other things that were not nearly as straight forward as we hoped.  Interactions between modifiers such as CZ, UF, CT and other indications sometimes lead to outcomes that are currently undefined, and we are going to have to do more work in these areas.

Queretaro itself was a delightful place to meet.  The city centre is very colourful and has something of a carnival atmosphere as well as a lot of history – parts of it are UNESCO world heritage sites for good reason.  We are very grateful to CIDESI for hosting us so generously.